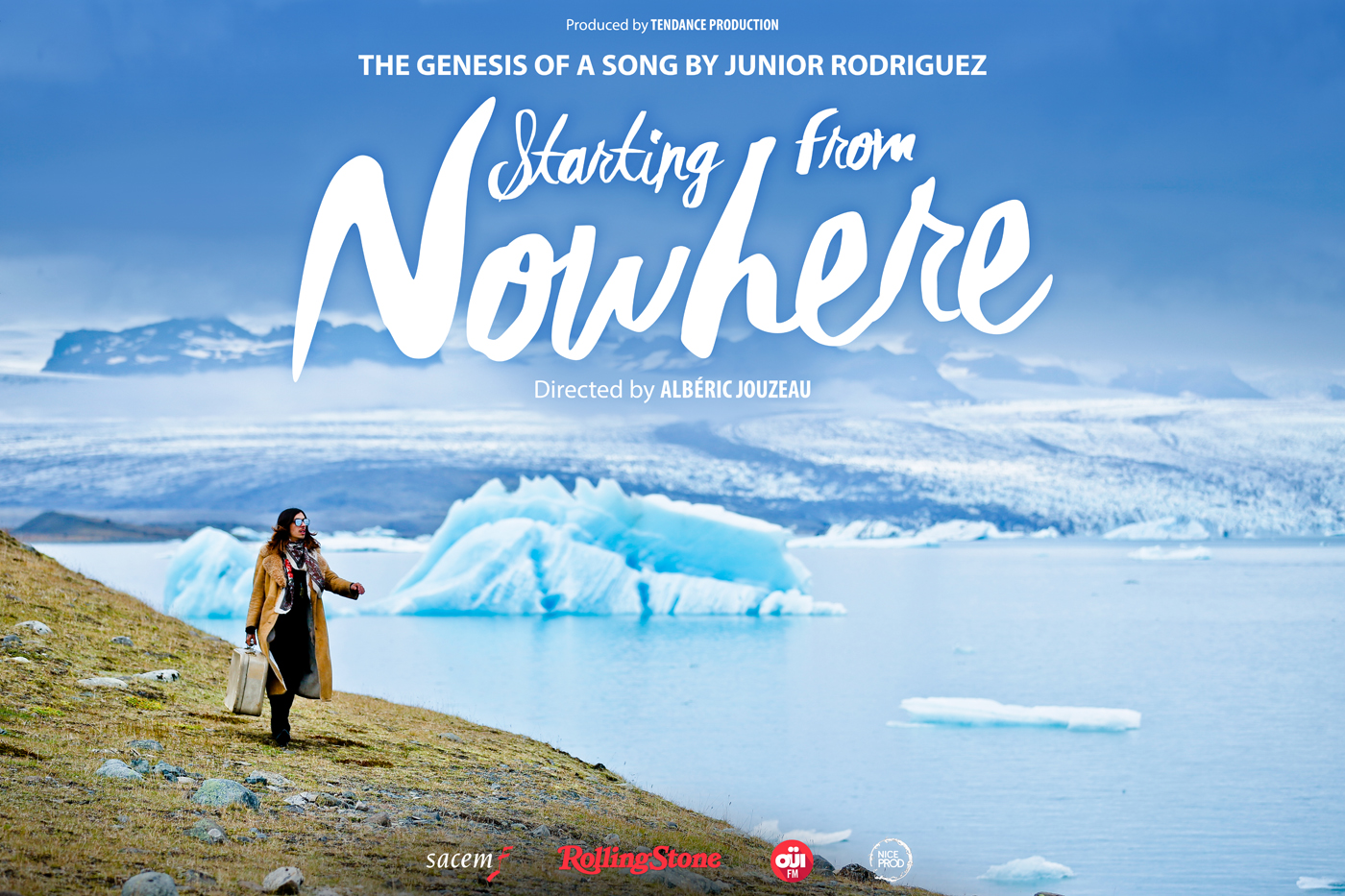 The idea of the STARTING FROM NOWHERE series is simple: tell the genesis of a song.

Two years ago, we leave with the artist Junior Rodriguez in Icelandic wilderness so that he inspires, composes and records on site some original music.

The musical road movie in filmed in total immersion to live and tell this unique artistic journey.
After a long post-production work, the series consists of 12 episodes: 1 teaser of 1 min + 10 episodes about 6 min each + 1 videoclip of the final title.

The series will premiere at the Grand Rex Paris on April 15 and be broadcast on May 3 on Junior Rodriguez’s YouTube channel.

In addition to being a series, STARTING FROM NOWHERE is the first title of the next album « Stellar Dream » of Junior Rodriguez that wille be released in autumn 2019 (Label NICE PROD).

I met Alberic Jouzeau in april 2015 during a concert of myself at the Hard Rock Café Paris.

After several collaborations, he calls me in early 2016 to tell me about a series he would like to achieve: go to the unknown to create a song in the heart of nature.

Alberic has already chosen the destination: ICELAND. It is essential to go on an adventure on a contrasting ground. Get lost to better find and see what music can come out according to chance and discoveries.

I am obviously excited about the uniqueness of the project. I dream of visiting Iceland for a long time. Some of its artists like Sigur Ros or Bjork left a strong sulfuric scent on my creative envelope.

After several months of preparation, we embark with Albéric / Director and Benjamin / Drone pilot aboard a camper on the Icelandic roads.

I made a small suitcase with the essential needed in order to create and record anywhere, anytime.

After a few days on the island, i’m fascinated by the beauty that surrounds me. The discoveries and the meetings inspires me the beginning of a song. I start writing some lyrics on my notebook and to improvise the very first guitar parts on it.
Then comes the recording, totally atypical : I record some vocals inside an incredible caver facing the sea, record some stratospheric sounds down the icebergs and play some percussions on an old crashed plane …

The splendor of the vacuum through which the Earth is facing, Fire, Water and Air in a perpetual state of creation quickly becomes overwhelming. I feel in totally connected with the wild nature. I’m back with a dreamy song in reflecting the intensity of this experience.

The STARTING FROM NOWHERE series is gonna tell you this unique musical adventure.

THEY ARE ALREADY PARTNERS